HARBINGERS
Harbingers associated with death take many different forms depending on the religion or culture. They can sometimes take a life, or more commonly, simply rule over the afterlife of that particular religion. As birth and death are among the major parts of human life, these figures, whether known as a deity, angel, or demon, can be male or female, they can be good, evil, or neutral, and may often be one of the most important figures of a religion.

Look at the depictions of different harbingers of death - is there one you would prefer to greet you? 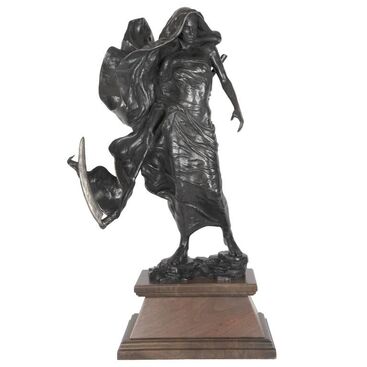 TYSON SNOW
The Reaper  2015
bronze
Courtesy of the Artist

Traditionally the Reaper is a male figure, but what if the reaper was a woman? She is beautiful, stepping forward even with her sickle lowered. She is not aggressive, but calm and peaceful. Women are usually seen as bringing life, not taking it, but many believe that death is not an end but a beginning.

At what point can you release pain and suffering to experience peace, love, and joy? 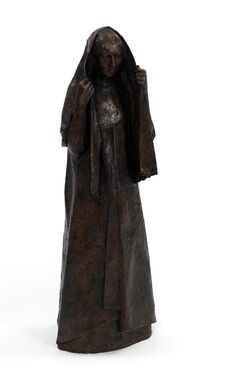 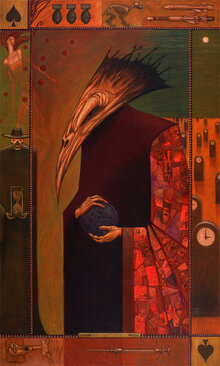 Harlan Ellison wrote a series of short stories, one of them called “The Deathbird”. The protagonist is forced to summon the Deathbird to put Earth out of its misery. Often times we have to make difficult decisions in life for a worthy cause.

How is the Deathbird a symbol for making difficult decisions? 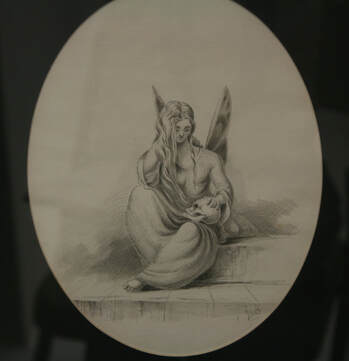 Curtis used life experiences to sculpt many different scenes and to depict what life was like during the Great Depression. During difficult times, people can turn to things that ultimately cause more problems. We are each responsible for our individual choices.

How do you handle difficult situations?

When have you felt like outer forces were influencing your choices?
​ 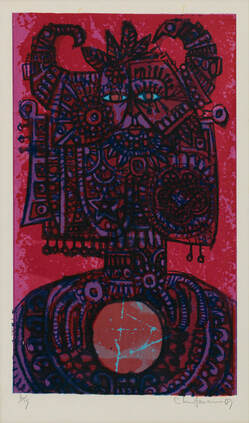 "My aim," says Christensen, "always begins with a desire to connect with imagination." He adds, "My work is an invitation to let your imagination run wild, explore, and make interpretations spontaneously."  A harbinger has the supernatural power to sense impending death.

How do you interpret this piece as a harbinger?
Slideshow: